This traditional First Republic villa, built in 1928, was converted and extended to suit the residential needs of its new owners. The villa is located in Prague, on a western slope above the river, and commands a panoramic view of the river and the city. The focal point was to restore the villa in a spirit of the 1920s, liberate the interior spaces, open them to vistas, and elevate the garden to the ground floor level. Knocking down the western facade and adding a new two-storey lobby was a radical intervention. A transparent wall, framed with a massive travertine frame, was added in front of the newly liberated space. This resulted in a sort of harmonious contrast, with the glass wall contrasting with the solid surfaces of the inconspicuous First Republic exterior and standing apart from the old part by protruding out of it. The lively cityscape has thus become part of the indoor life. The open, connected spaces contribute to the family’s good communication; the continuous design enables the users to come and go unobtrusively. The interior is conceived as a combination of Mies van der Rohe’s continuous space, Loos’ Raumplan and Le Corbusier’s fluid space, with the core being the two-storey lobby: a cube with 7-metre edges, dominating the interior as well as the entire house. Rooms on the ground floor, top floor and basement connect to it via several types of openings. The interior-exterior contrast is handled deliberately as the inconspicuous exterior contrasts with the variegated interior. 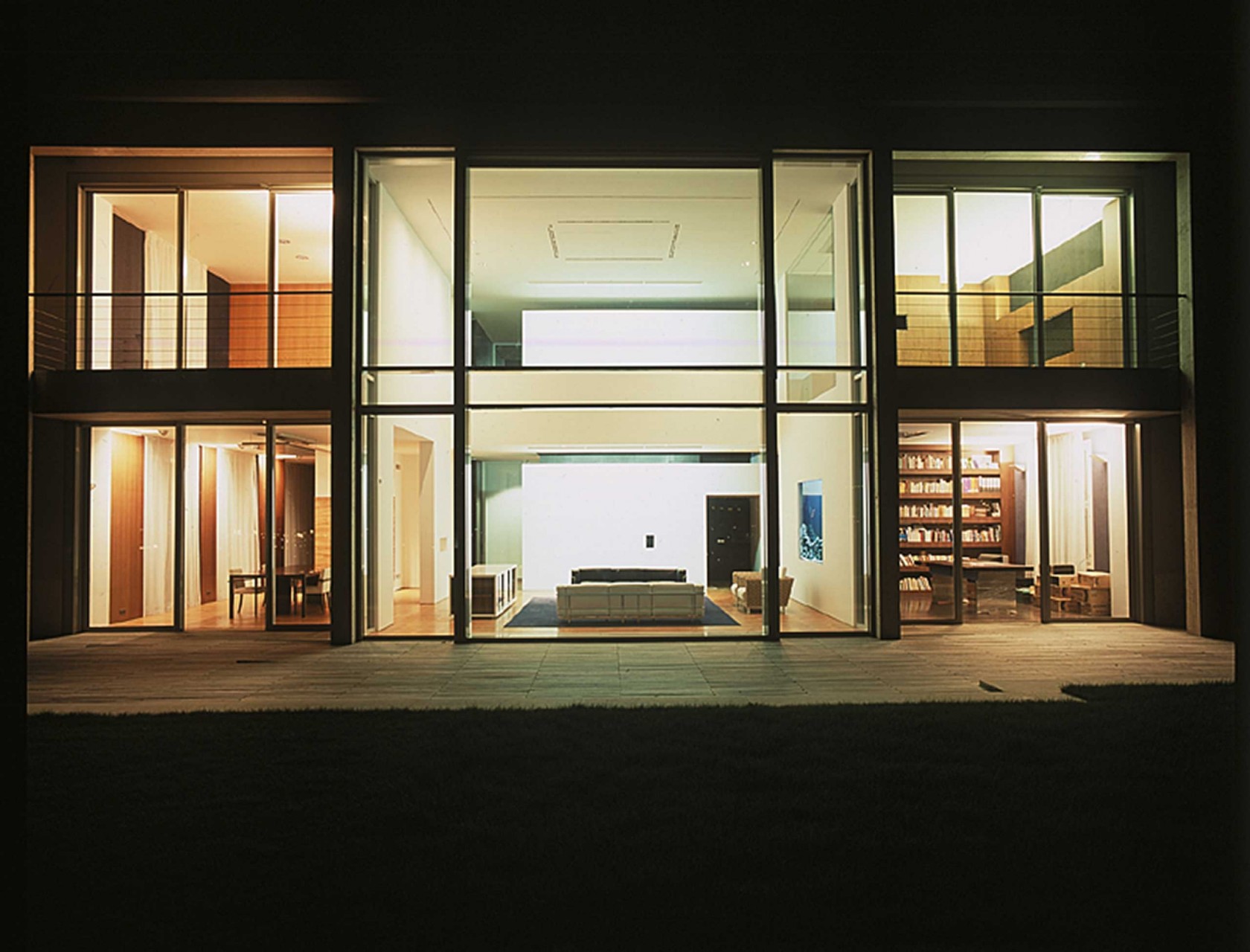 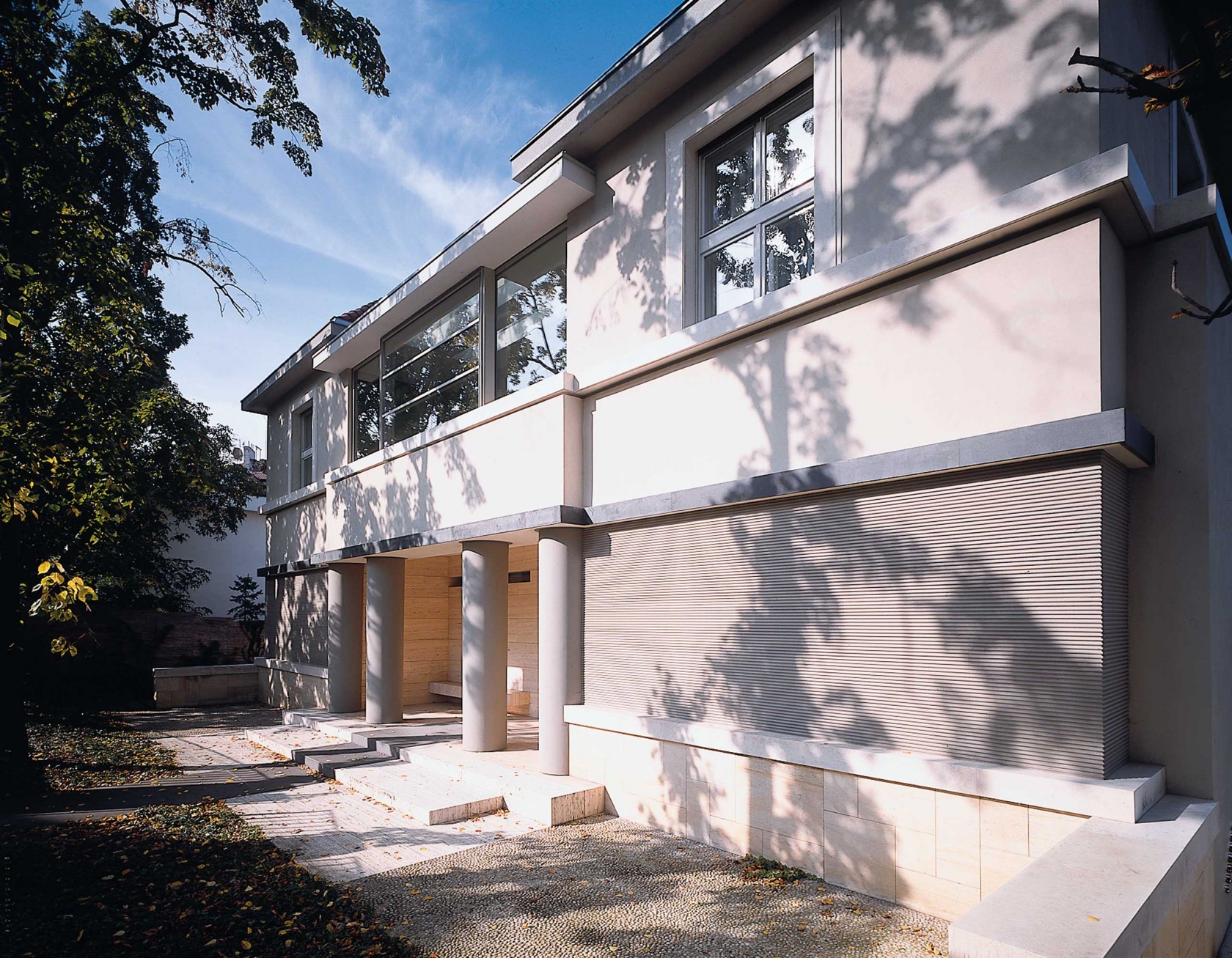 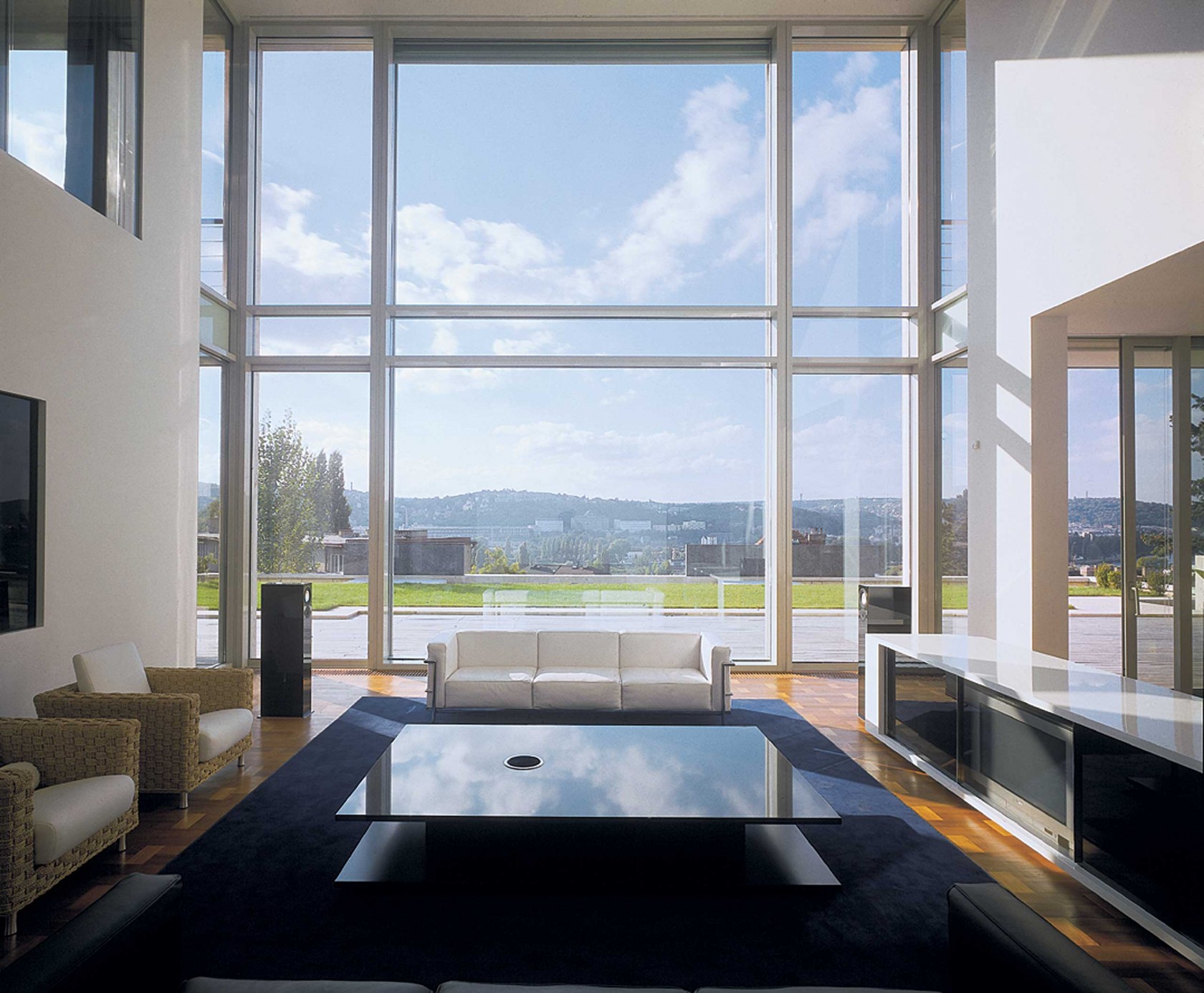 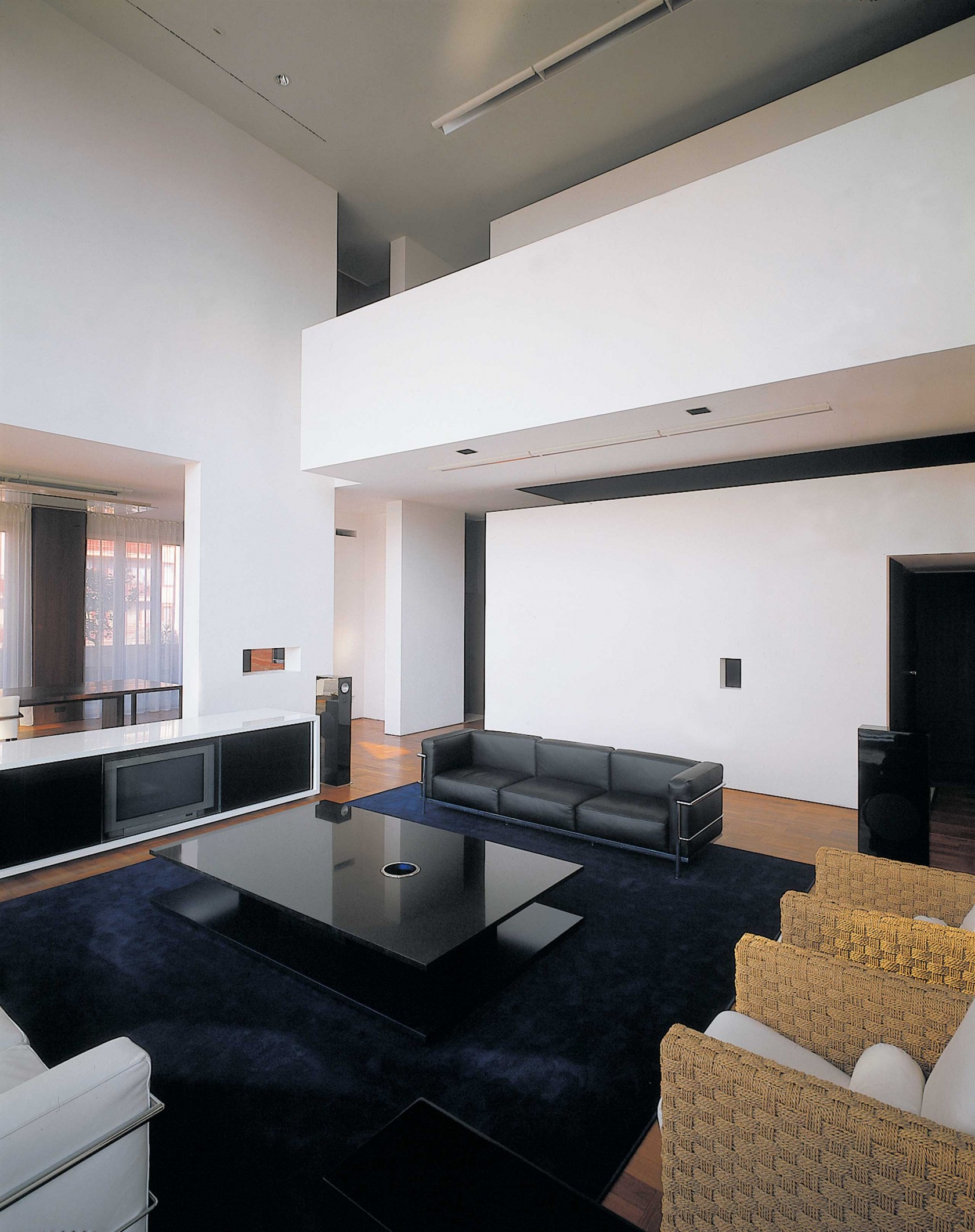 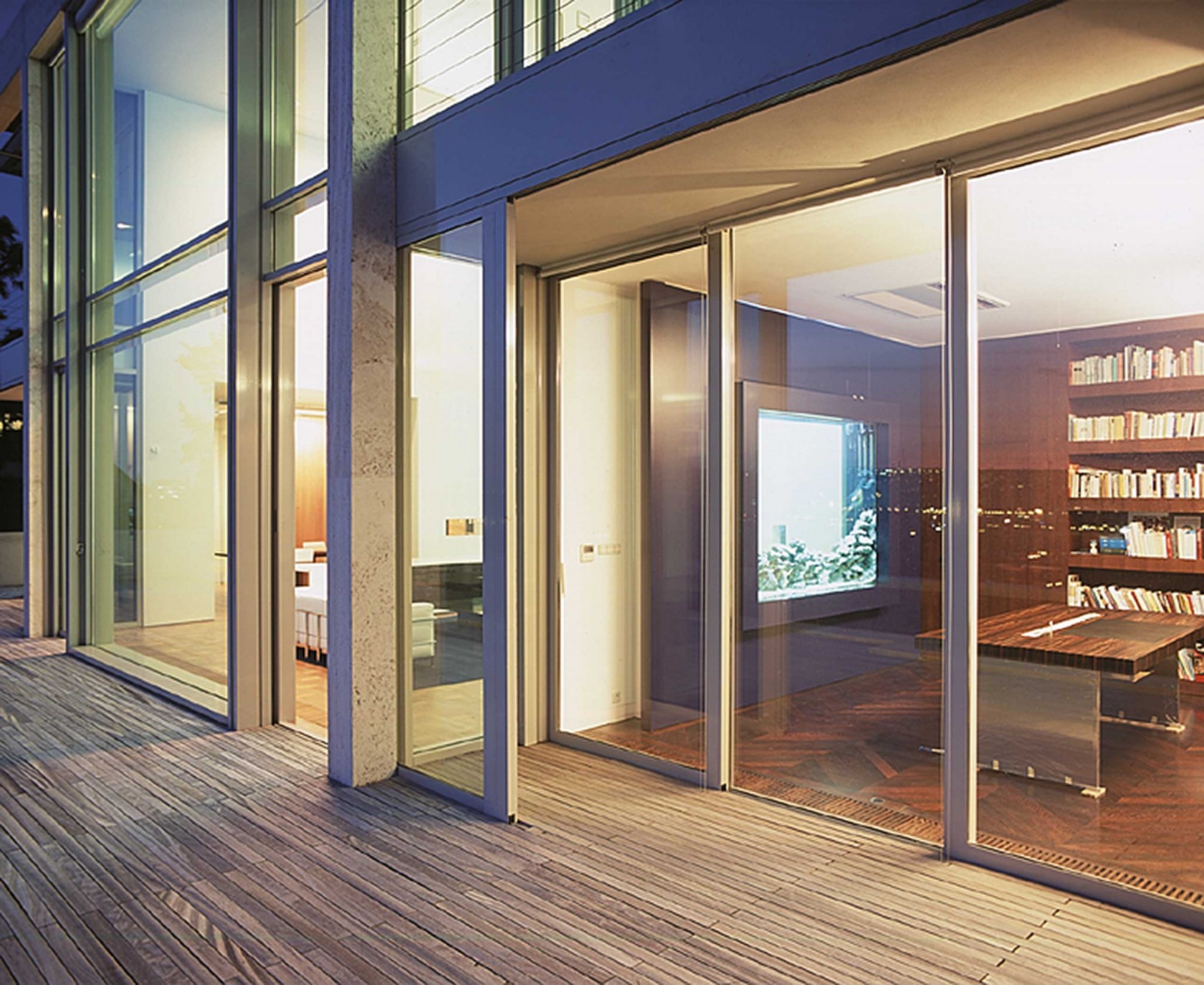