The villa is related to the neighboring villa in terms of urban architecture, by the parallel location in relation to the street and pronounced horizontal lines and its colorfulness. The mass of the building consists of three compositions of three white blocks that lie on each other, which are mutually interlocked. The centre prism is turned in an angle of 90 degrees. In the purity and simplicity of the composition, only the direction, mass and value of the spatial lifts are decisive. Each prism consists of three glazed and three full walls. Their orientation is the same in all the blocks, regardless of the position of the centre block. It is turned with the full walls toward the neighboring house in order to retain intimacy and the glazed façades are oriented toward the panoramic views and the garden. The has open merging areas that open the views of the city and freely pass into the garden. Just as applies to the neighboring house, the slope made it possible to set the entrance storey with garages in the landscape. In the first block above the basement is the day part with direct access to the garden, the bedrooms and children´s rooms are in the second displaced block. Access to the terrace with roof garden on the roof of the lower block is from the master bedroom. 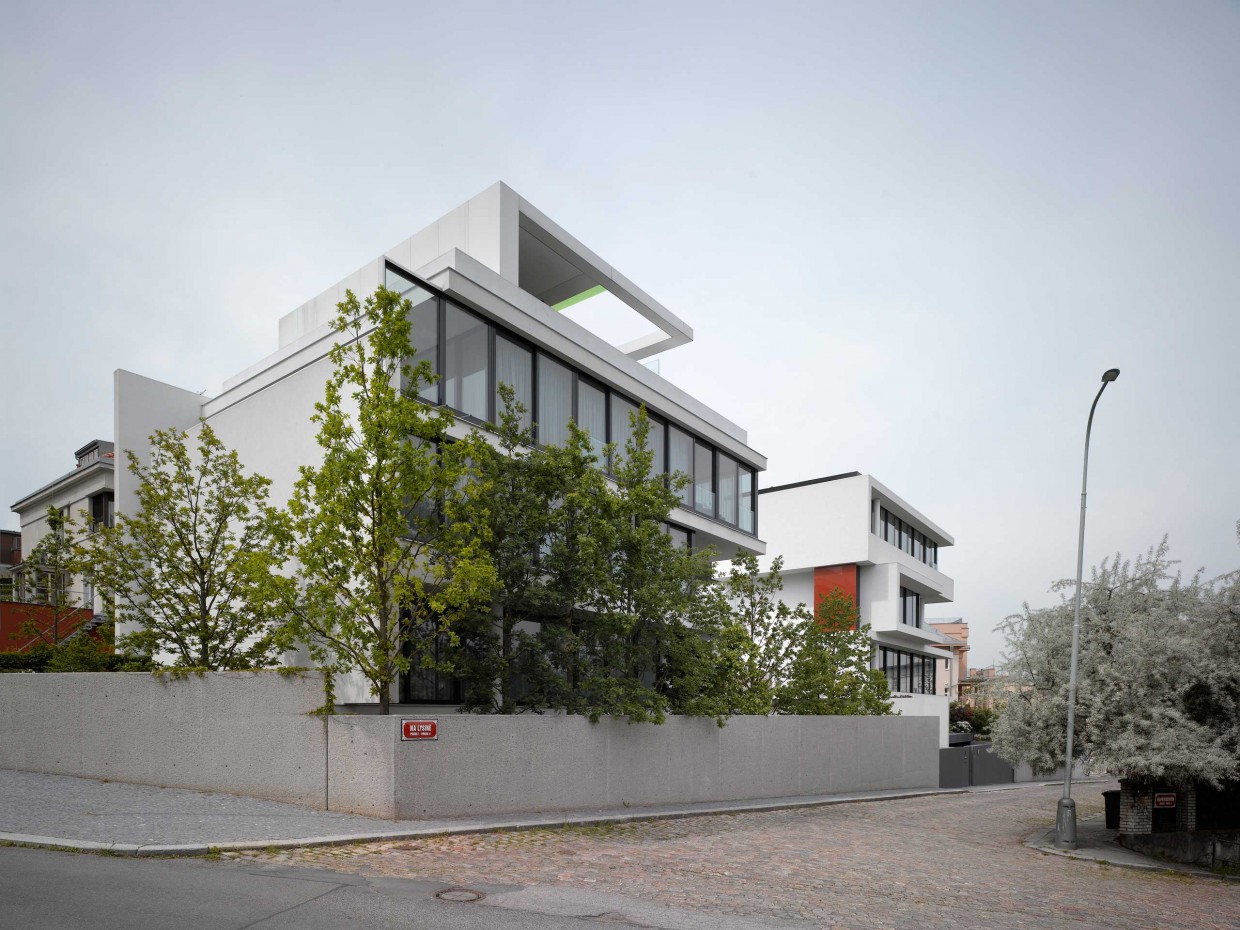 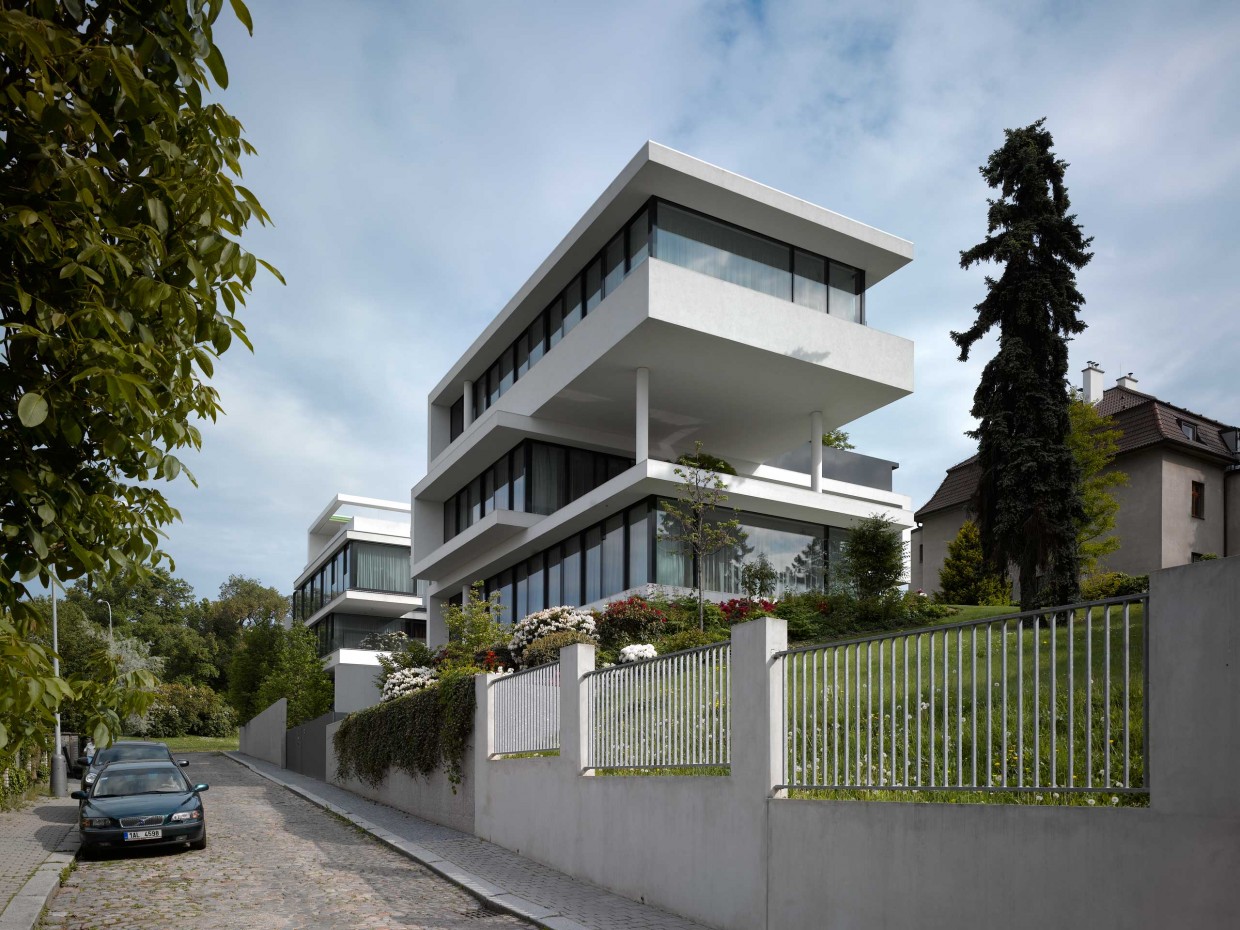 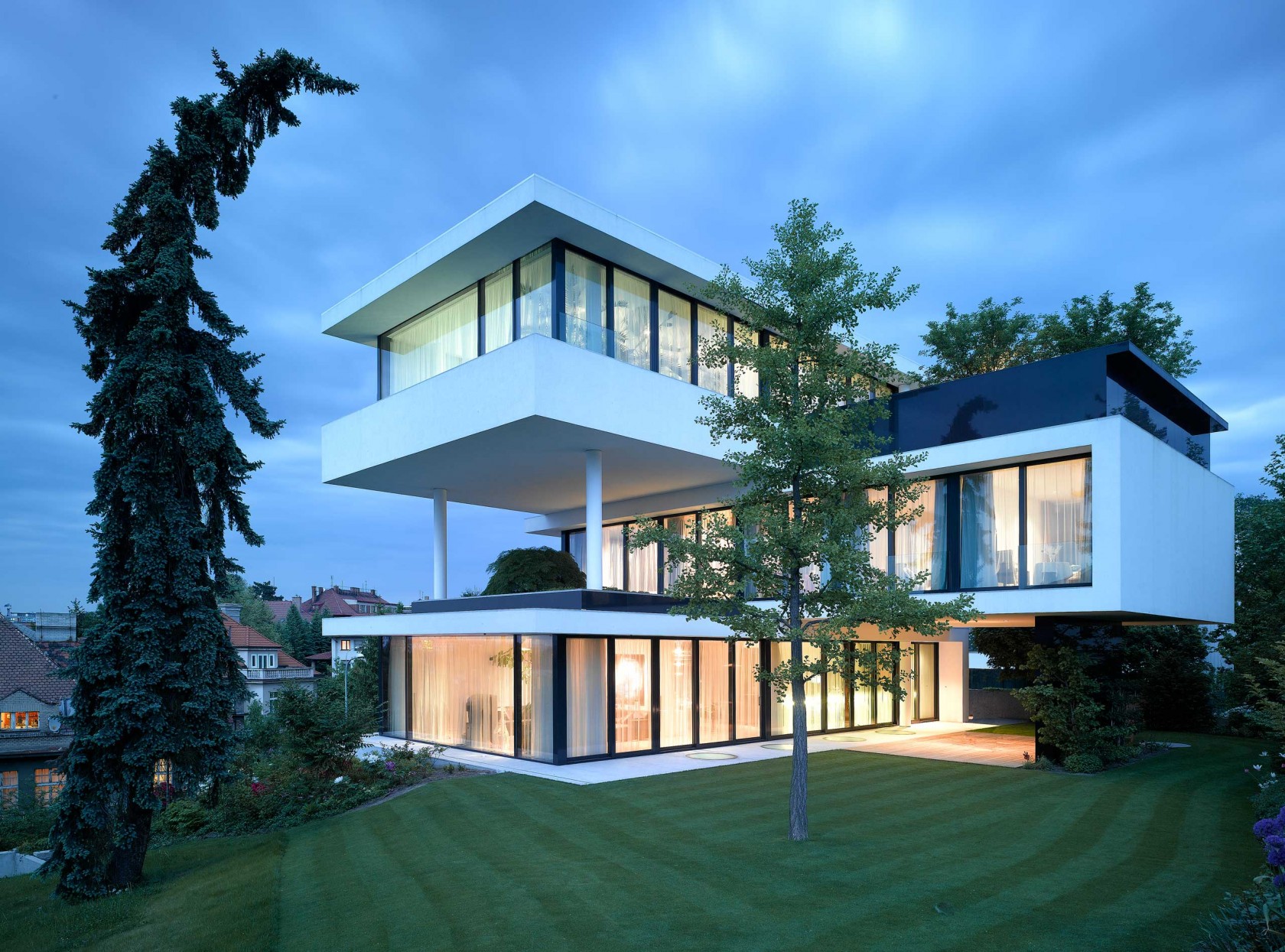 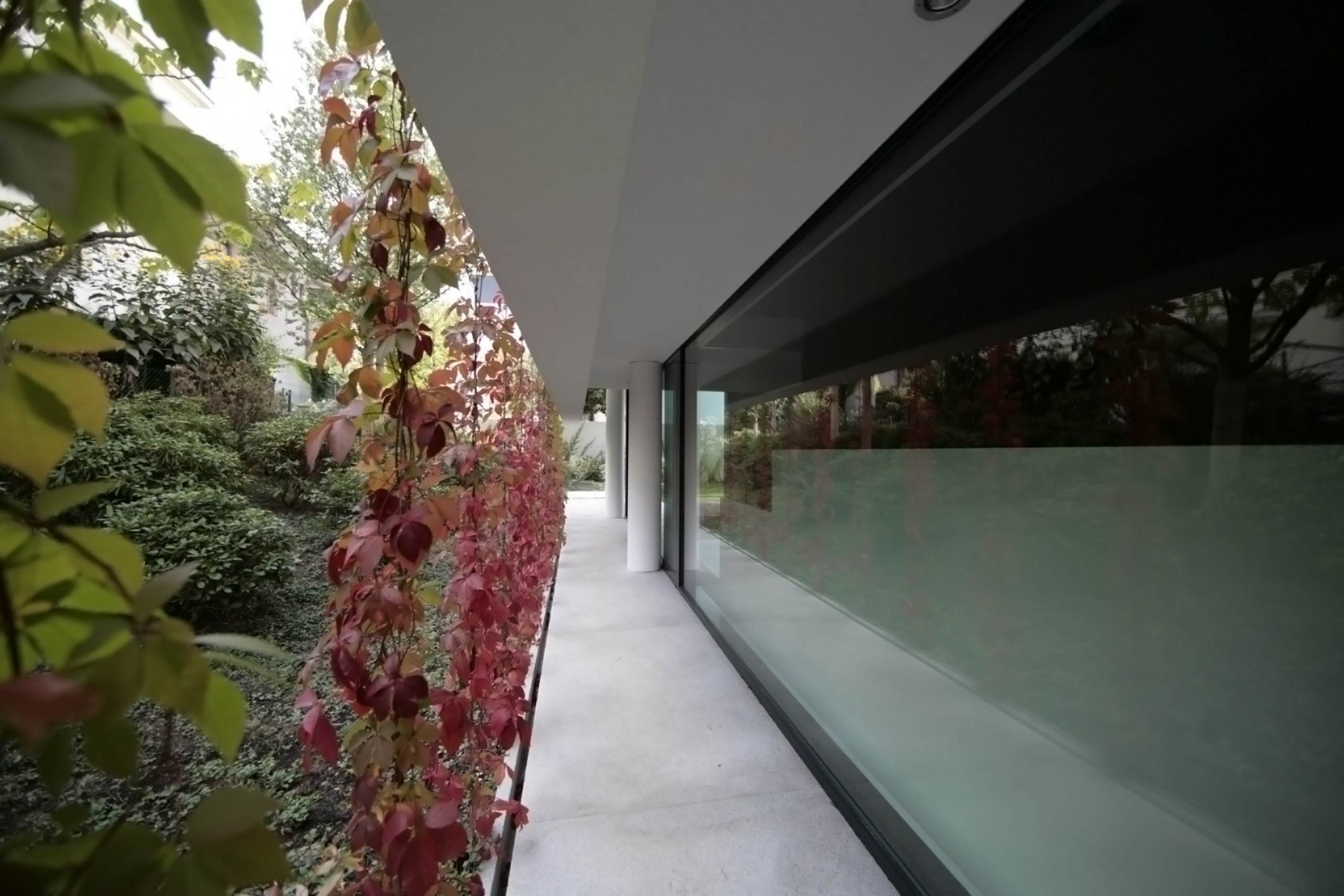