The architecture of the building is based on the tenet of contrast. The quiet and the motion. The public monumental premises with dynamics of visitor motion, freely passing through the parterre or moving stairs and gangoards in the central hallway versus quiet indoor atmosphere of study and reading rooms. The simple ascetic unitary mass of the building facing the street versus sculpturally shaped half of the building facing the park. The solid concrete mass versus fragility and transparecy of the lace. The aspect of the library comes from the simple but also playful form. The simple ascetic expression gives the right amount of the monumentality, solemnity and seriousness, appropriate for that kind of institution. On the countrary the playful plastic form, the people motion, the connection with the park (benches, caffés, relaxing on the grass, strolling, scaters) come close to the visitors and passers – by and draws them in. The mass of the building is set back from the Milady Horákové street line – it forms the foreground (entrance). The plain facade which faces the busy street is constructed of transparent (acoustic) web. Under this cantilevered superstructure there is an outdoor entrance area which merges into the interior, where it runs through the massive block of deposit area into the central space (internal communication core) of the library and culminates on the plaza (open space). From the mass of the deposit area stick out several concrete fingers (study halls) levitating above the plaza. 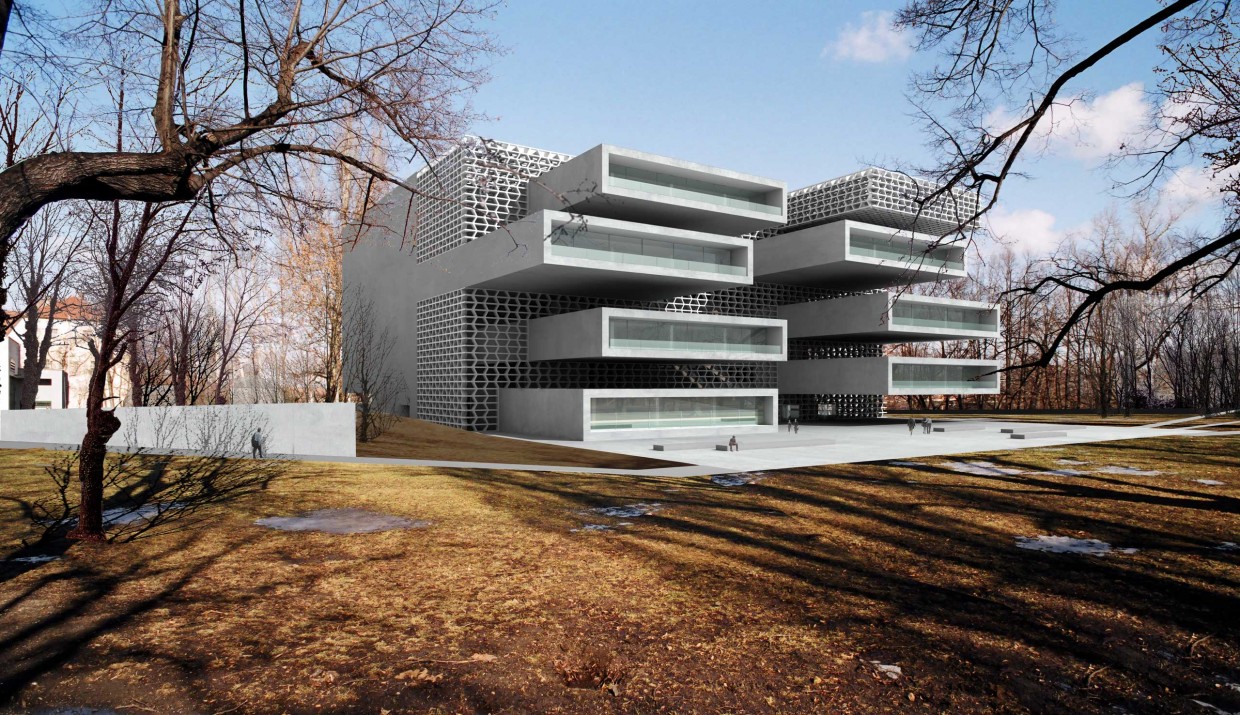 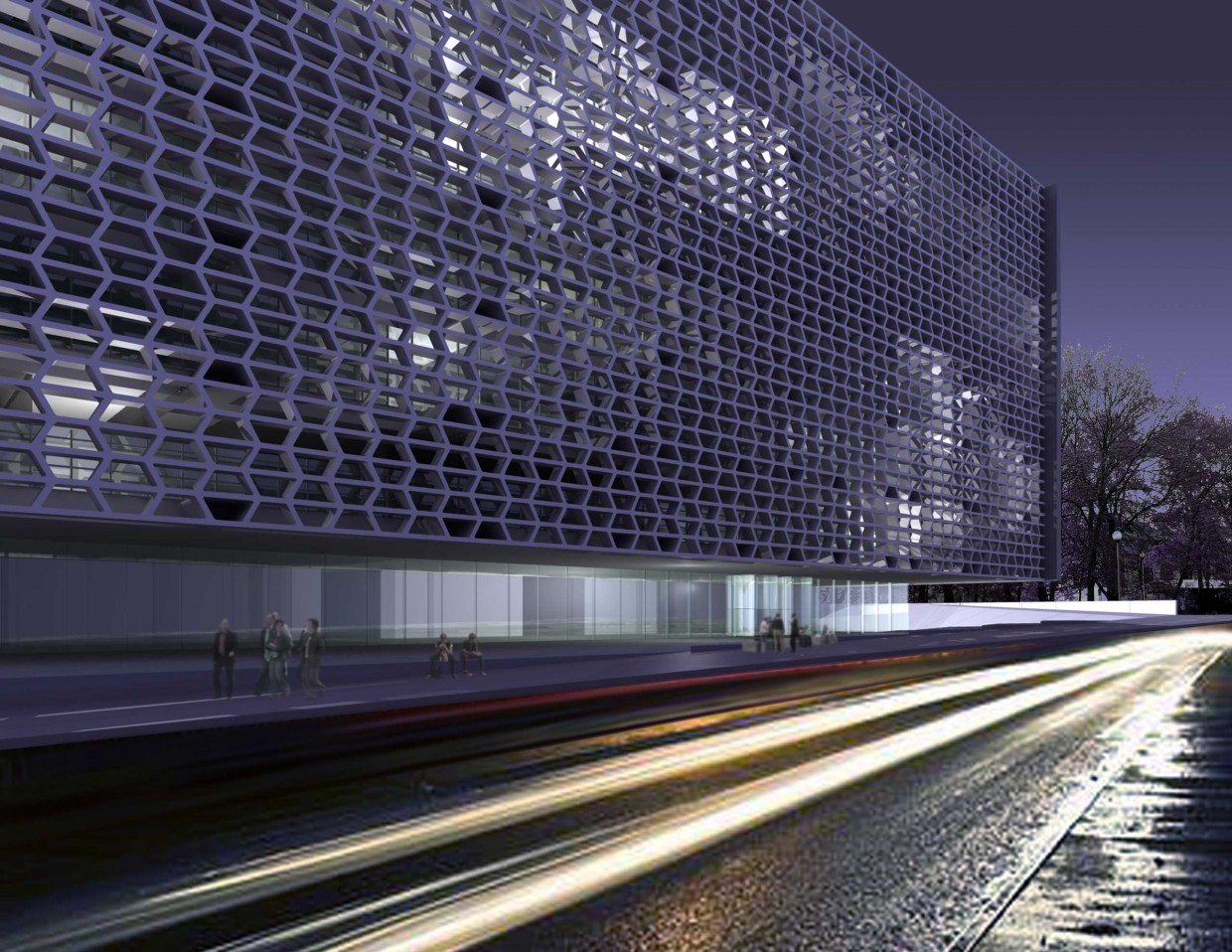