This traditional South Bohemian holiday region by Lake Lipno was initially home to lumberjack settlements which sent logs downstream along the Vltava. The architectural planning study of the “Na hrázi” residential complex comprises both detached houses and multiple-apartment blocks. It applies the concept of organically integrating the buildings with tall trees; the sloping terrain is tackled by placing the buildings on protruding pylons. Viewed from a distance, wood-paneled blocks mingle inconspicuously with trees along Lake Lipno shore, not disturbing the view but rather making a new natural mosaic. We put the cycle path running along the lake shore, which was part of the assignment, as an entirely separate line directly in the lake waters. Copying the shore, it gives both cyclists and pedestrians an entirely new view of the Lipno shore. The design won an architecture challenge; it is characterized by moderate forms and respect for traditional materials. Our perspective of recreational housing is also a modern-day interpretation of the Czech weekend-house tradition, but here we move it to a brand new level of quality. 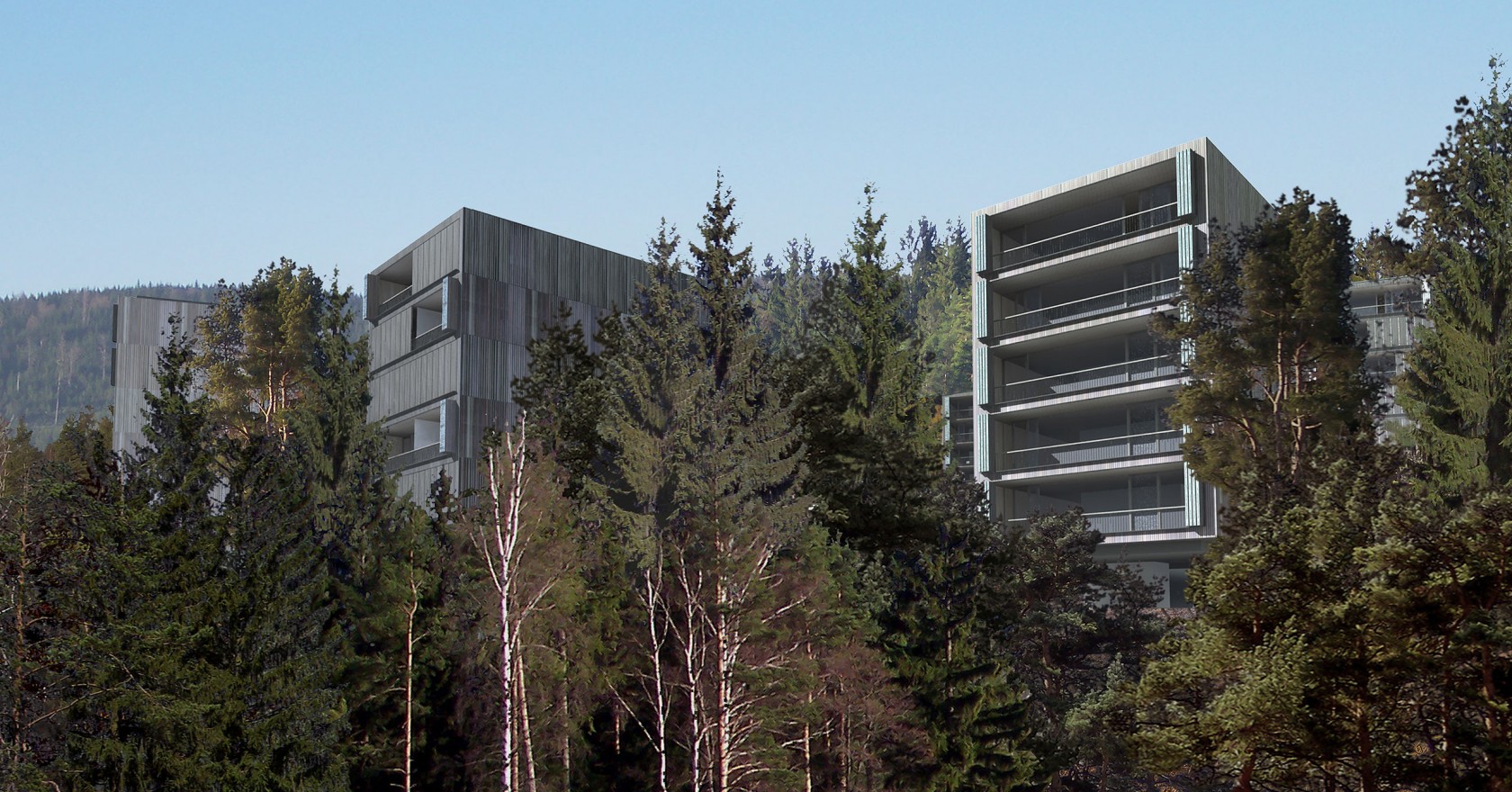 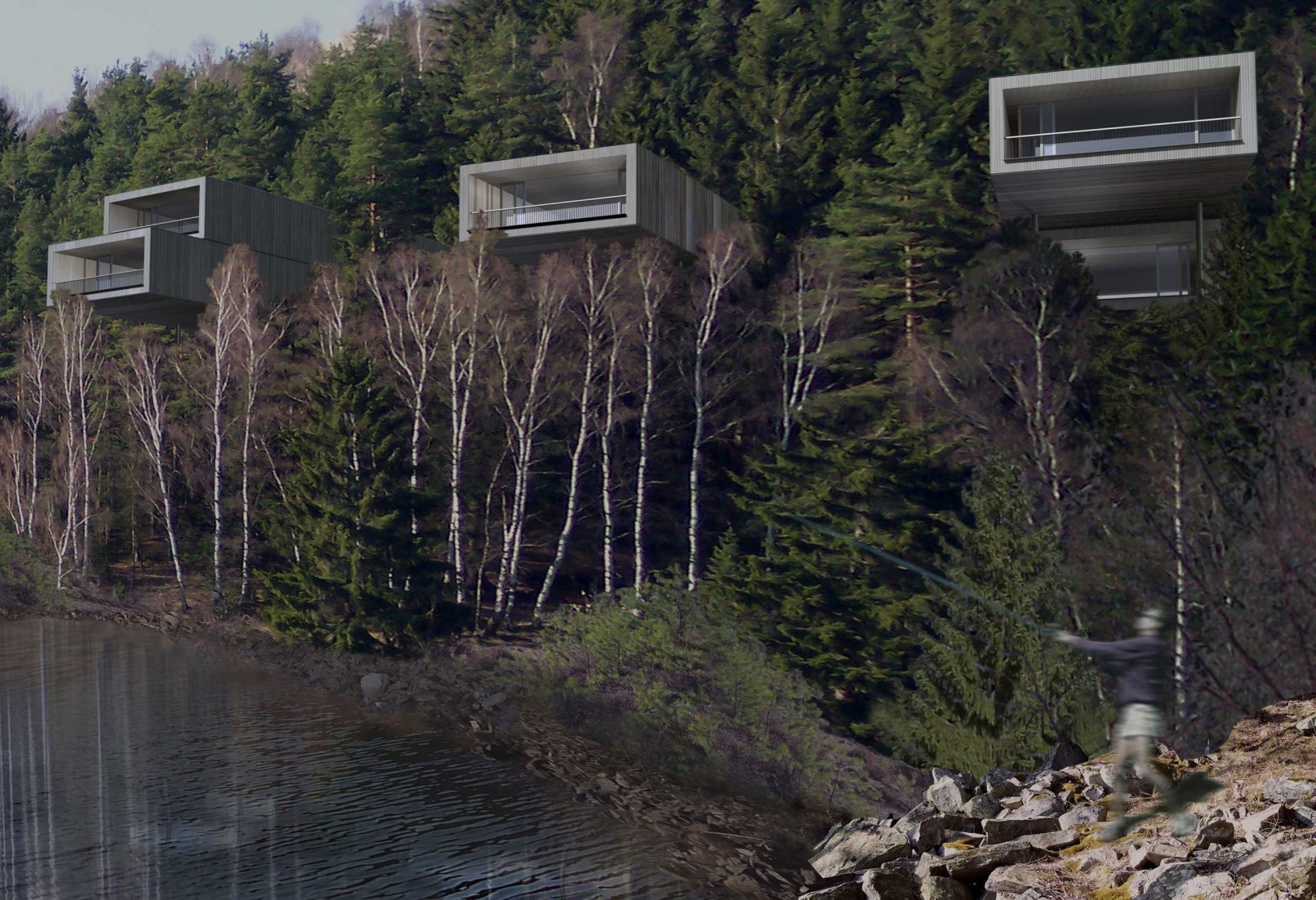 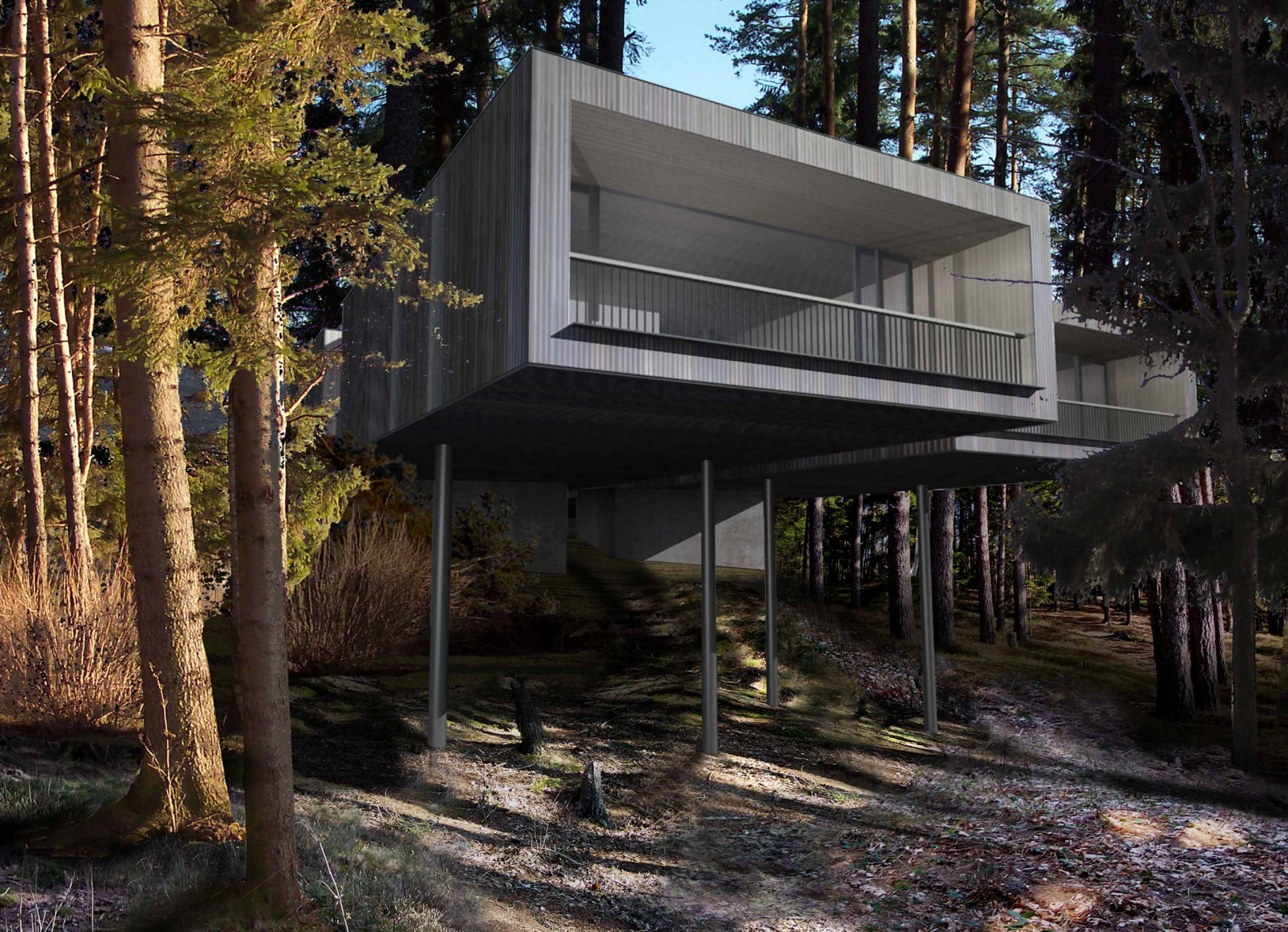 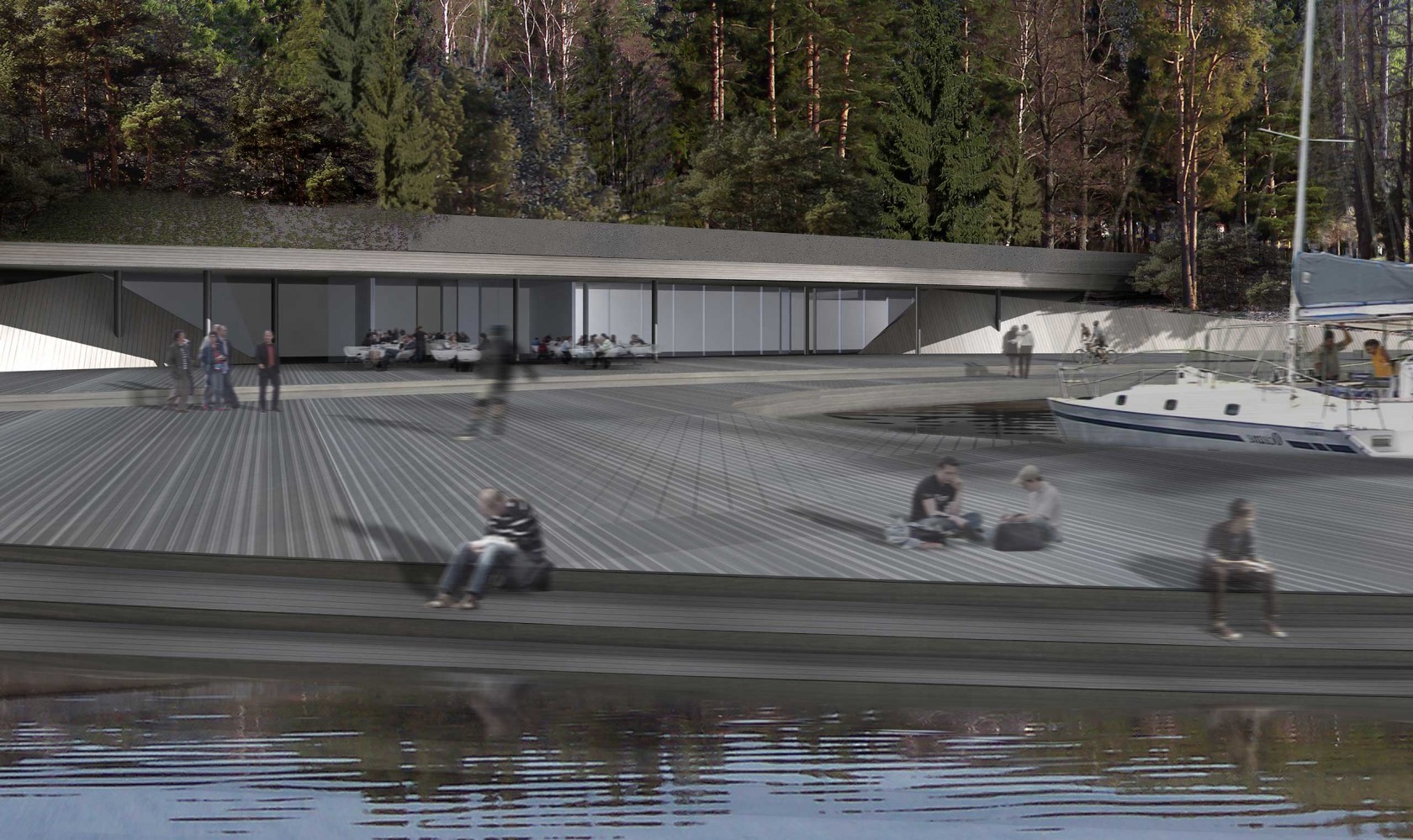