Letná Plain is a quite unique place. It consists of two parts, complementing one another ideally. One is an urban park, the other one a versatile open space that can be adapted for any purpose: sports, concerts, state and religious feasts and ceremonies. Letná Park belongs among the most prominent areas within the city’s green system. It was not the aim to make many changes to this prime urban phenomenon.

The purpose was to find a concept for a lasting design of both Letná Plain and Letná Park as extraordinarily important components of the city centre. The revitalisation of the parks will include
a complete renovation of paths, new outdoor furniture, garden pavilions, water elements, etc. In the north-western part, we propose a visual shortening of the trenches of the exit and entrance ramps to the city ring road, currently under construction. The topography
of the existing surface will make this shortening possible by merely remodelling it by way of landscaping. This is related to the large-scale garages at the boundary between the open multi-purpose area and Milady Horákové Avenue, being built by the municipality.
A mound smoothly ascending from zero level will conceal the exit ramp trench as well as the garage exits and entrances, thus making an interface – a visual and auditory barrier from the busy Milady Horákové Avenue.

The mound will gently descend into the open space towards the park. The top of the mound contains a roofed promenade, protecting visitors from sun and rain. In the southern part, at the edge between the park and the steep precipice towards the Vltava river, we propose an elimination of the remnants
of communism: the giant pedestal of the former Stalin Memorial, including the underground bunkers and the robust steps forming a continuation of Pařížská Avenue.
We regard this place as a suitable location for an important municipal building: an art gallery, a symphony concert hall, a city museum, etc. 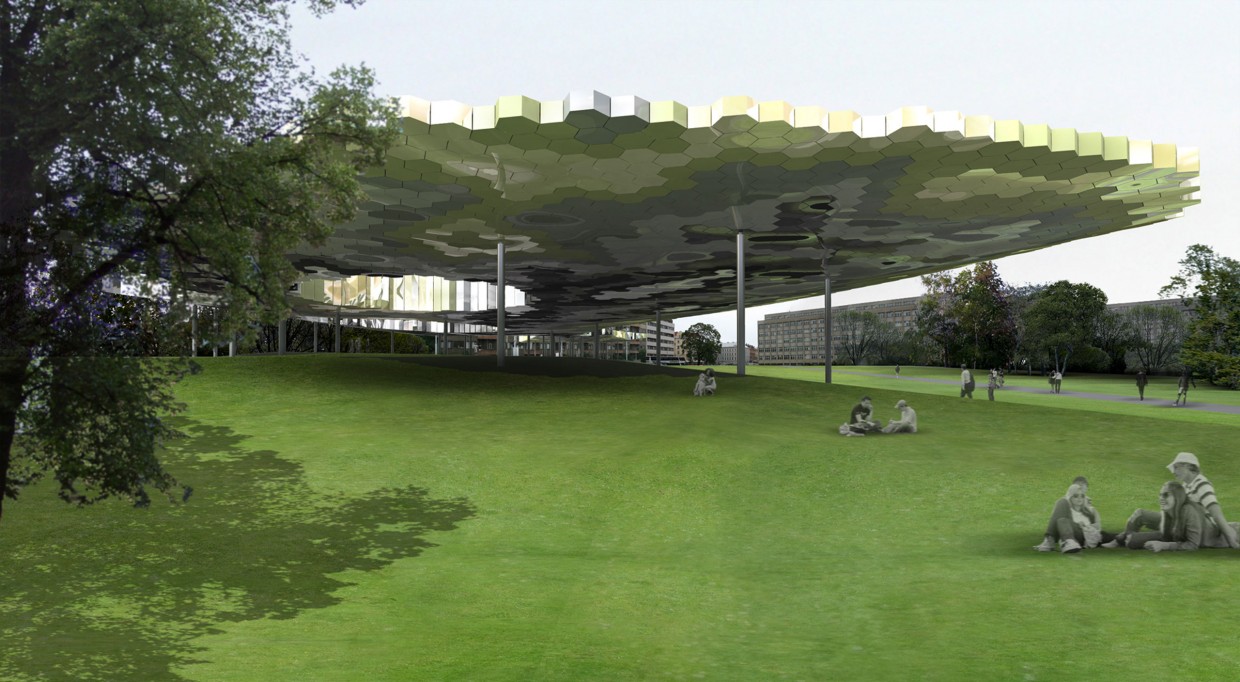 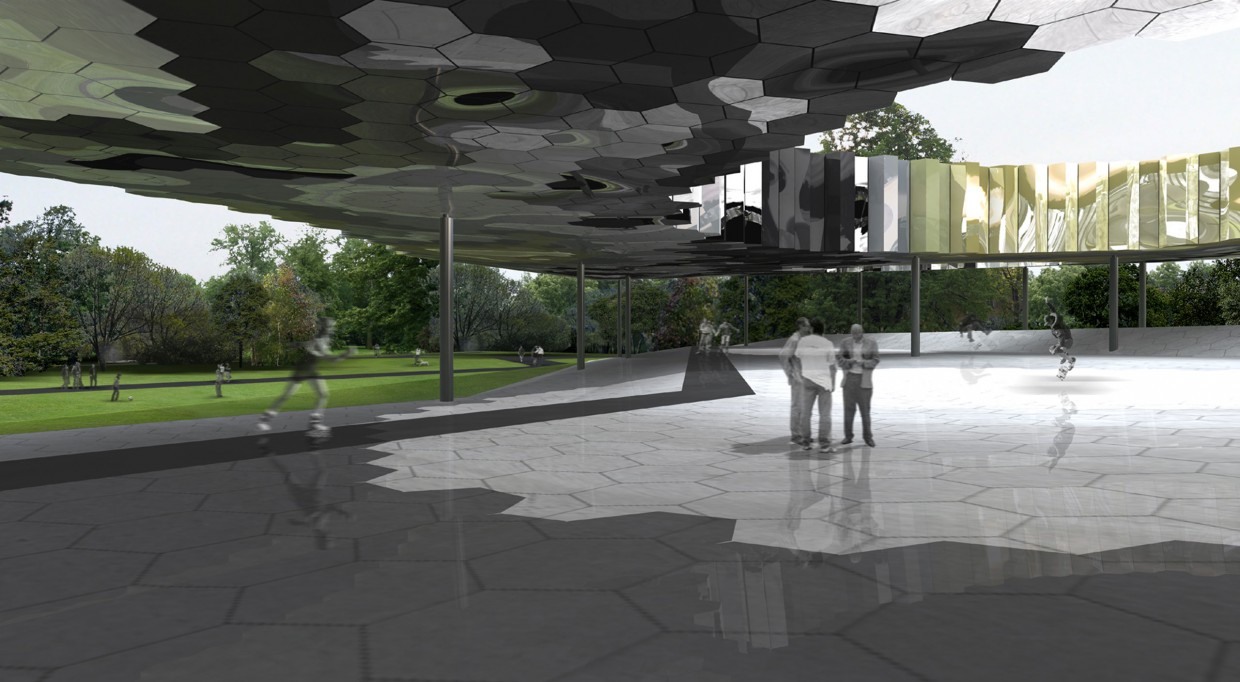 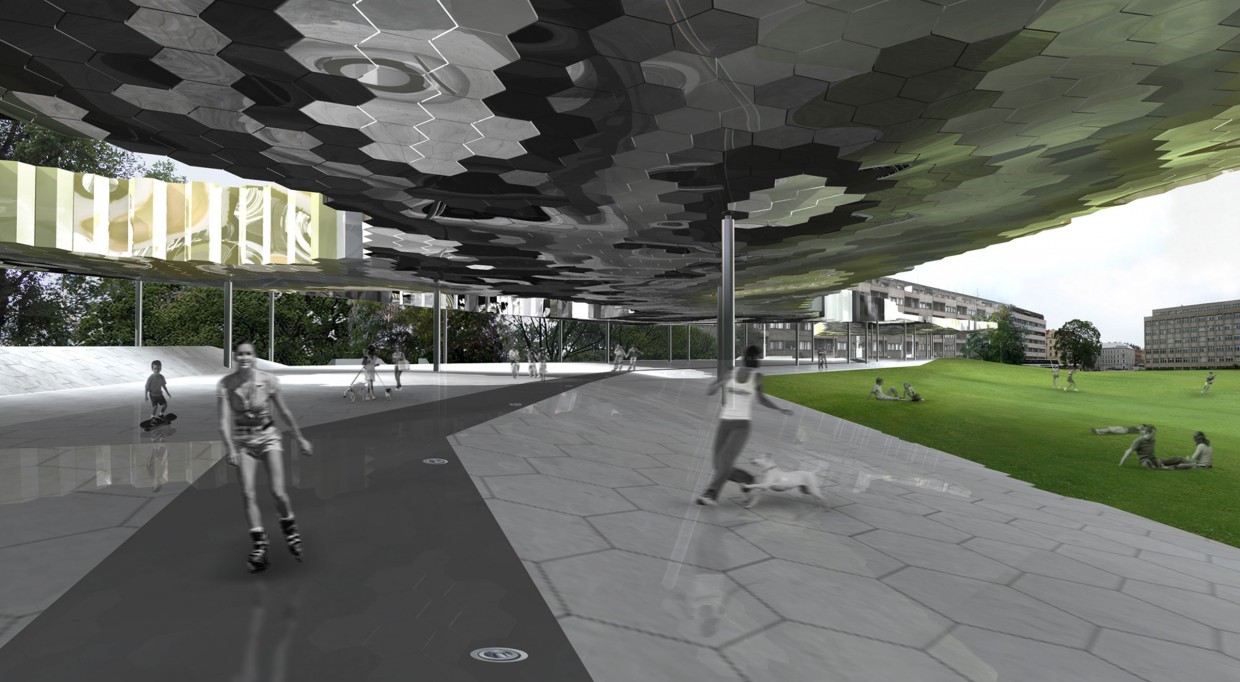 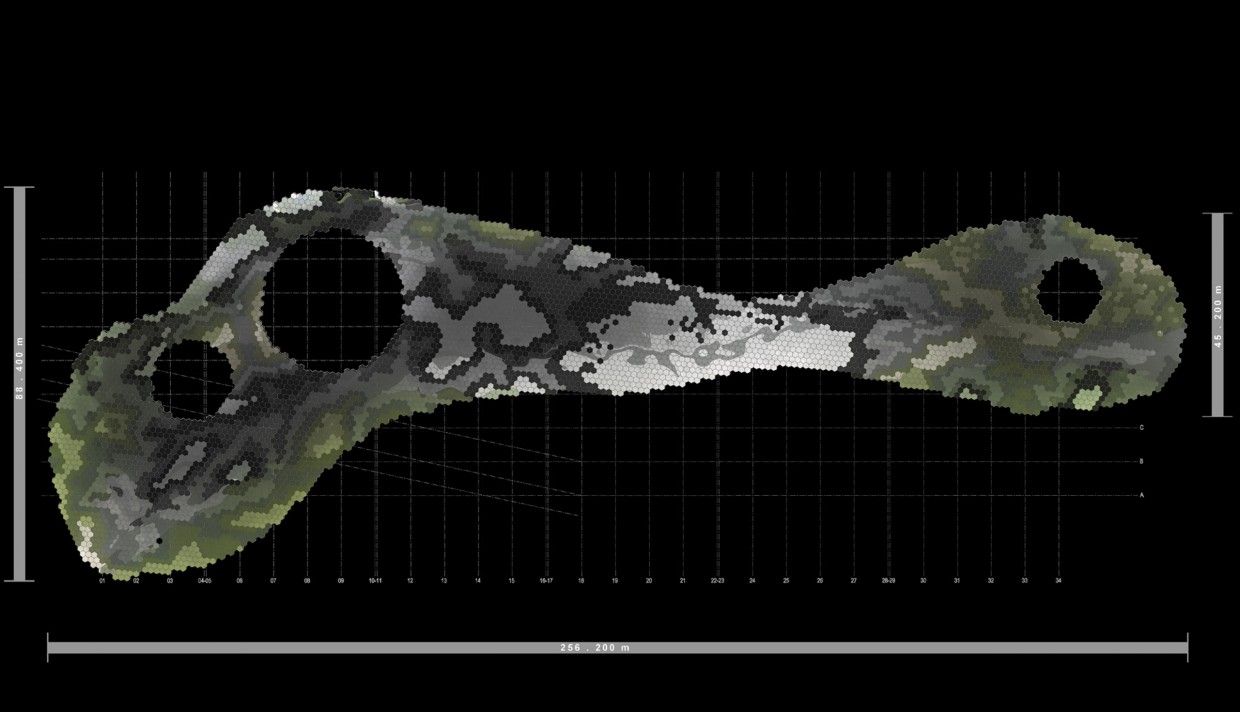