This proposal is to create a new icon for Kaohsiung. A city of the future, a city which will become a new Asian centre of culture and which is a symbol of a democratic and free society of the 21st century. We have designed a building, surrounded by a boat lagoon, a long rounded structure following the site’s arch-like layout. A snake which winds along the shore and welcomes not just incoming boats. With open arms to welcome new arrivals. The white sides of the horizontal boards layered together are reference to boat decks. A silk ribbon (silk path) floating above the Love River mouth to the ocean. A BRIDGE uniting both embankments, the east and west embankment. It symbolises the union of Eastern and Western principles, a union of tradition and the future. An open, transparent structure symbolising an open and free political democracy. The expressive form of the snake also speaks of the dynamically developing Taiwanese economy and prosperity, of the importance of Kaohsiung on the cultural and economic map of the world. The design demonstrates that a symbiosis of traditional culture with the dynamically changing global world brings a new quality of open thinking and global connections to the life of the citizens of Kaohsiung and all those who come here. The snake brings unity, protects the entrance to the city and its gentle curve in the Kaohsiung bay lovingly escorts citizens and visitors to the city. The design is a sensitive response to the context of the city of Kaohsiung, which prides itself on the unique mix of surrounding hills, the ocean, rivers and the harbour. 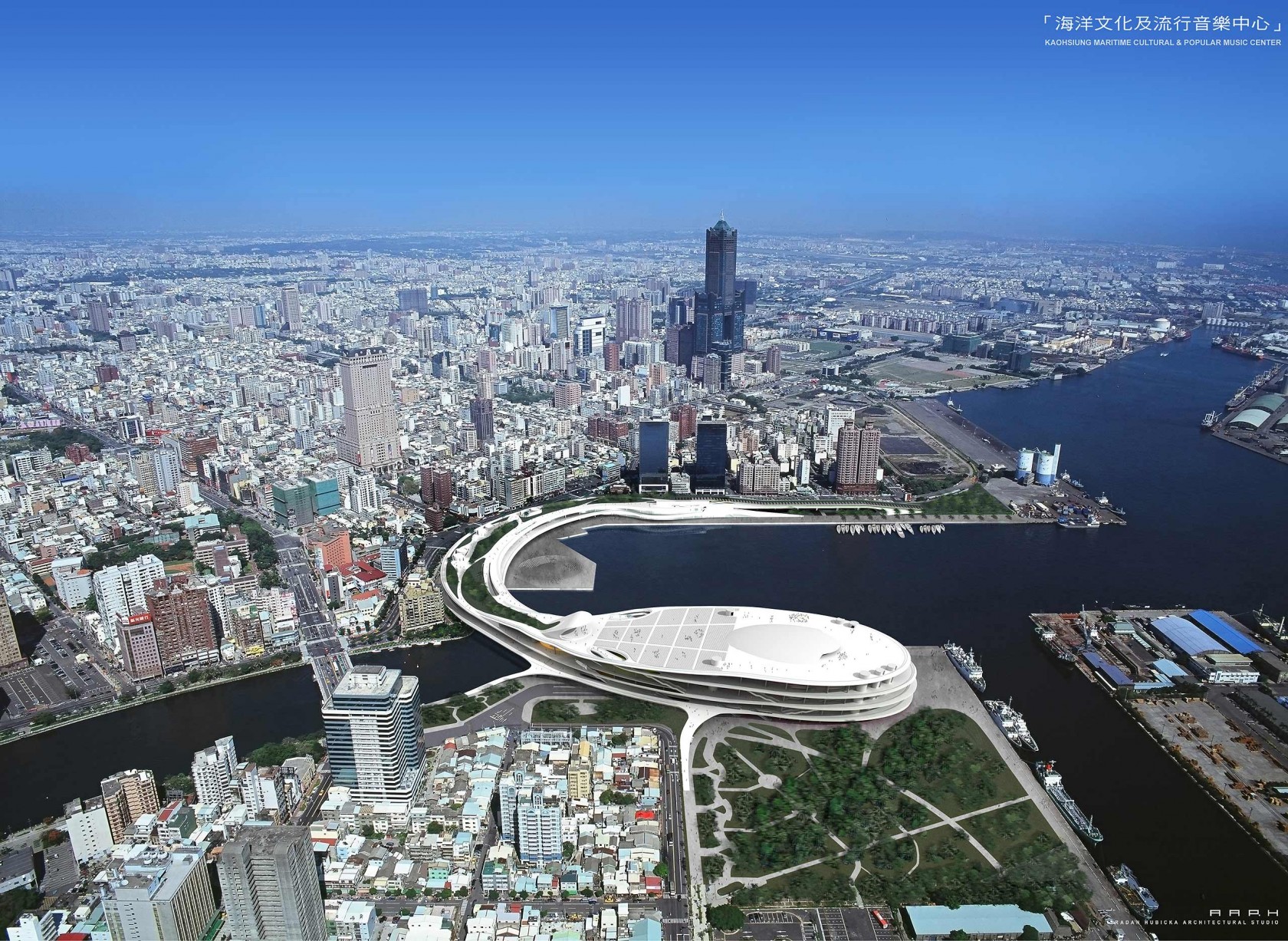 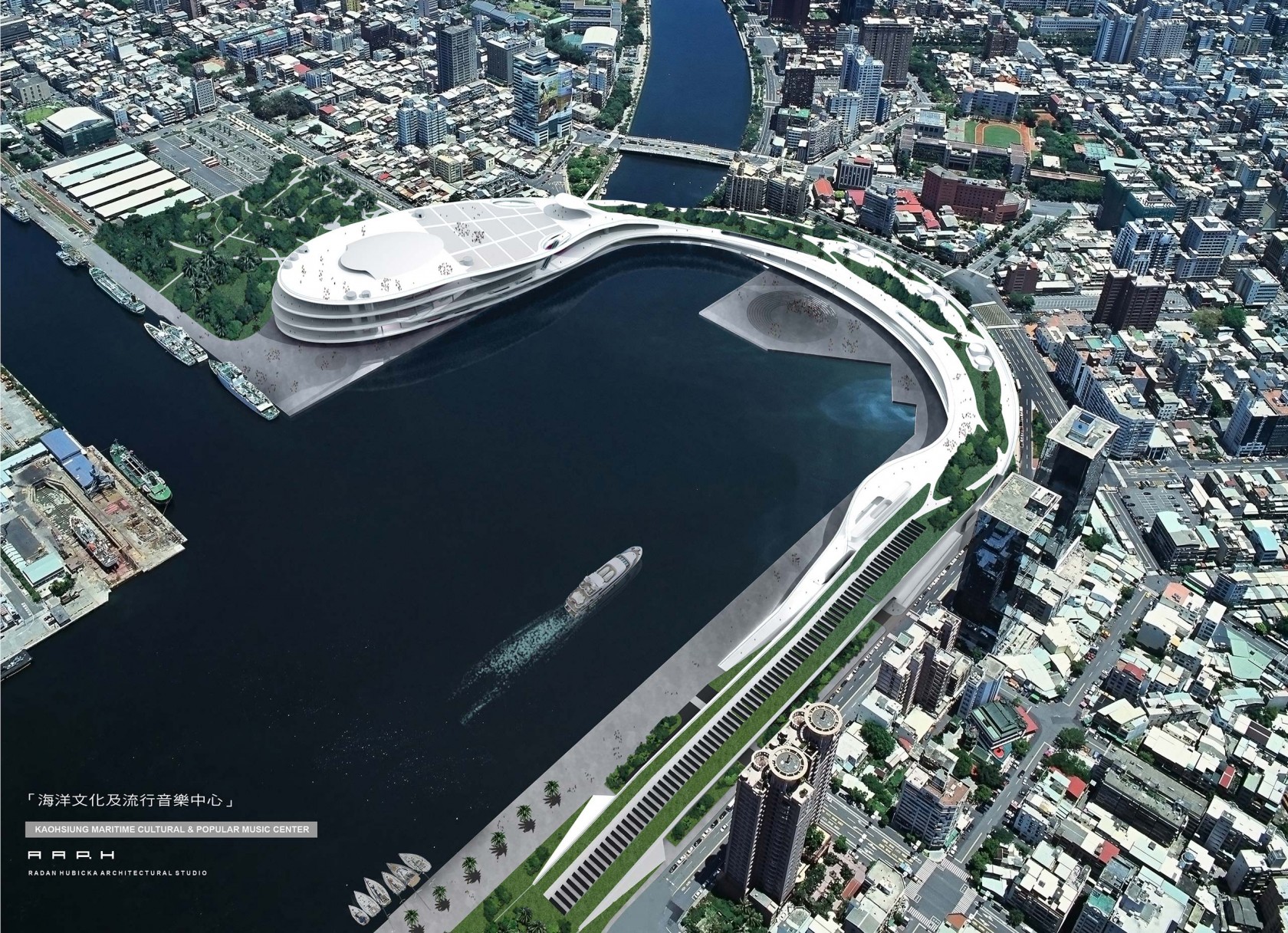 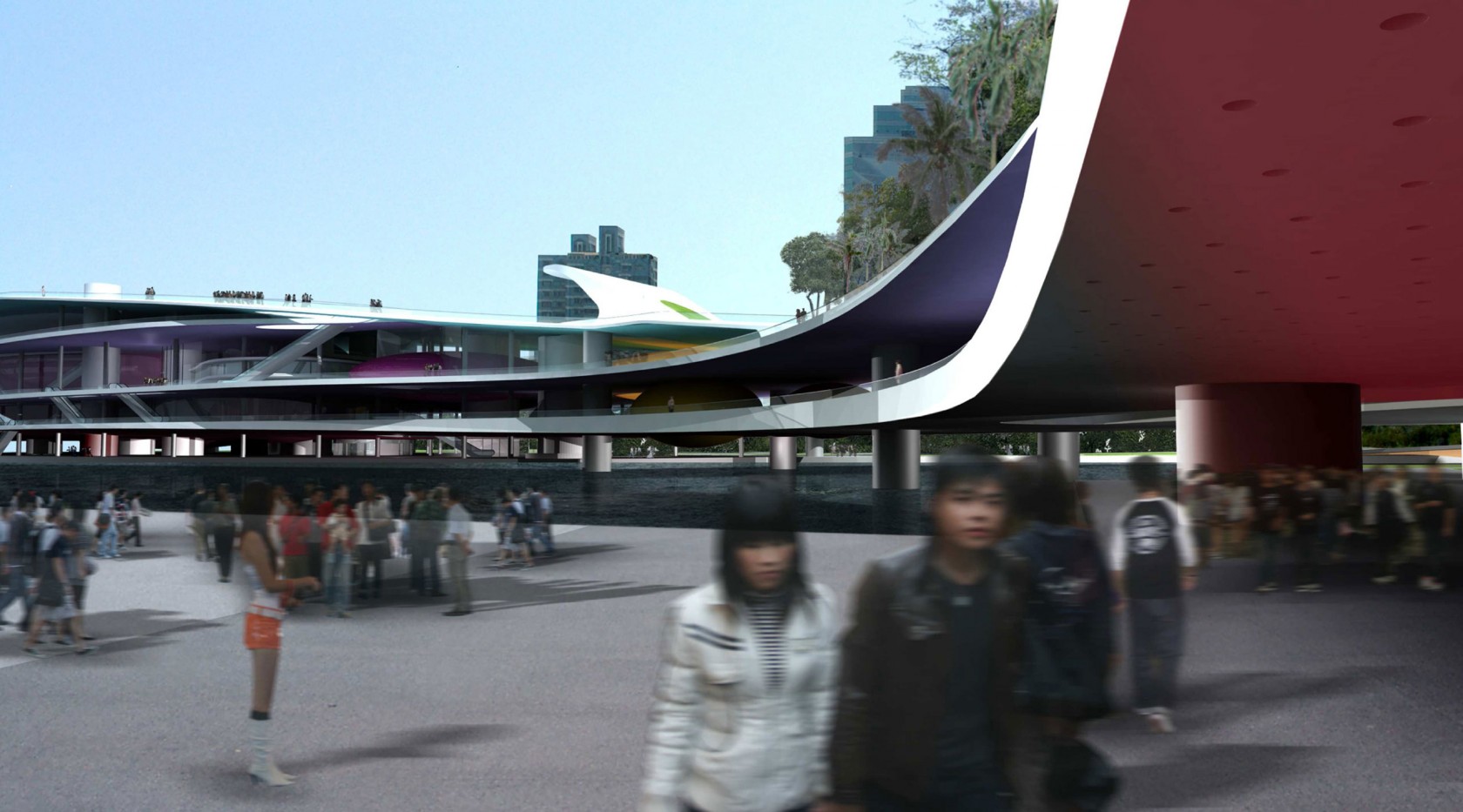 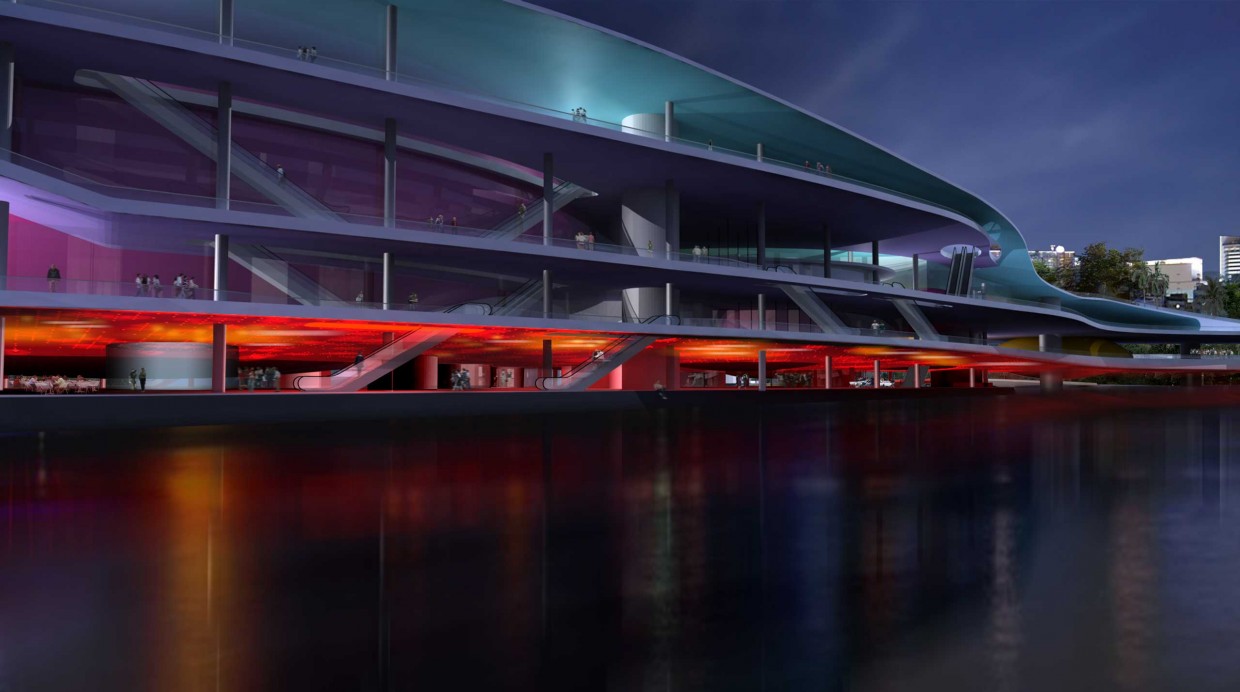 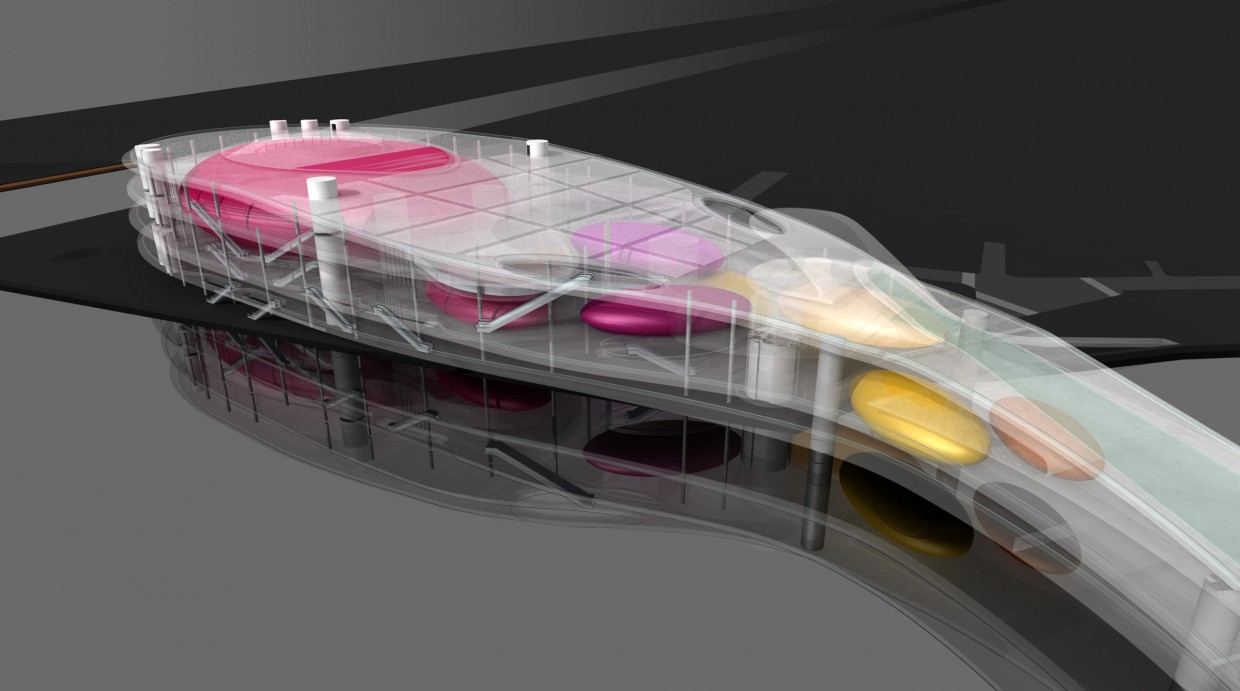