The design of the building reflects the idea of vertical layering of the functions in a single family house = each floor has its own function.All levels (functions) are interconnected via staircase with two flights positioned along the inner-court facade. There is a lift shaft in the north-east corner of the building. The layout of each floor is based on the principle of simple division between the vertical communication strip along the inner-court facade and the open-space strip attached to the street facade. Bearing elements (walls) are set to the edges of the volume providing the possibility of free layout.

Functions in private zones are „screened“ from the direct street views by different types of planes: e.g. perforated massive aluminium panels (perforations freely follow quotation of Gustav Klimt´s painting „The Kiss“), semi-transparent acrylic panels (set in front of the main glass-facade), massive stone slabs in the entrance area or decorative fence (stainless-steel tubular elements). The volume is getting more nad more airy when increasing height. The most solid elements are placed at street level (massive stone slabs), then parforated aluminum panels in front of the guest rooms, large-scale semi-trasparent acrylic plane in front of the bedrooms, fully transparent acrylic panels in front of the living room and free-view terrace along the dining area. The use of materials with different textures, colours and reflections creates a new visual language on the facade capable of „talking“ to the neighbouring facades. A new type of facade-decoration is established by these means, but with a clear functional background (the light gets in and the privacy is still provided).
Side walls of the building are covered with large plates made of different materials with different colours and textures, e.g. black massive stone slabs (brushed or polished), white painted-glass panels, natural aluminium panels, dark red massive stone slabs (which remind of brickwork-sidings, often seen on the buildings in the neighbourhood ). This abstract composition resembles of Mark Rothko paintings. A visual and contextual dialog is created between the building and the Whitney museum.

The proposed building enters the existing block with a clear and simple idea: let´s create a new dialog between the old and the new, between the classic and the modern, between the monochromatic and the colourful, between the decorative and the puristic, or between the solid and the transparent. These design tools are used in architecture for ages. The ambition of this proposal is to use all these elements to induce a new visual and formal language which could supplement as well as enhance the existing urban context. 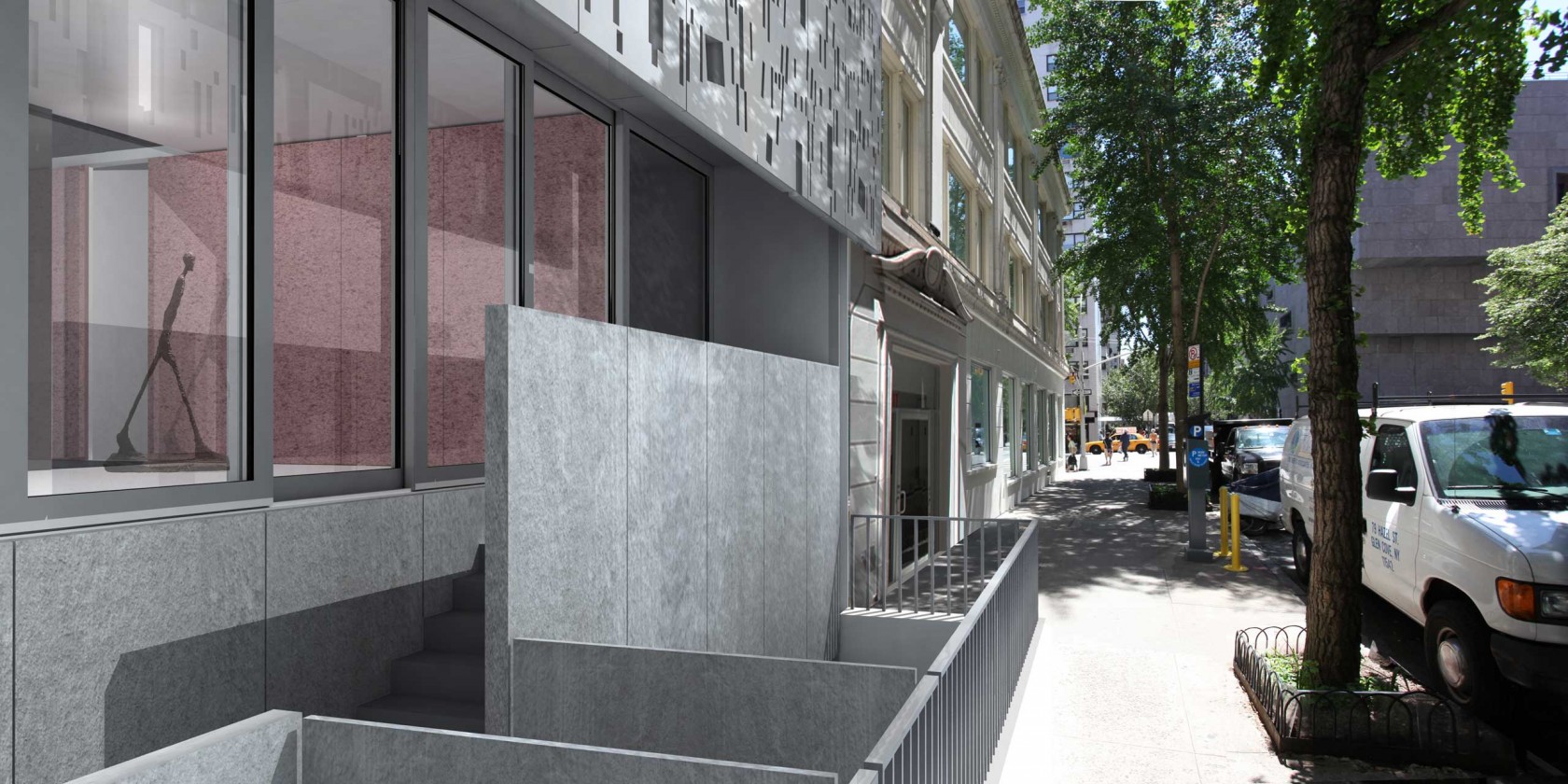 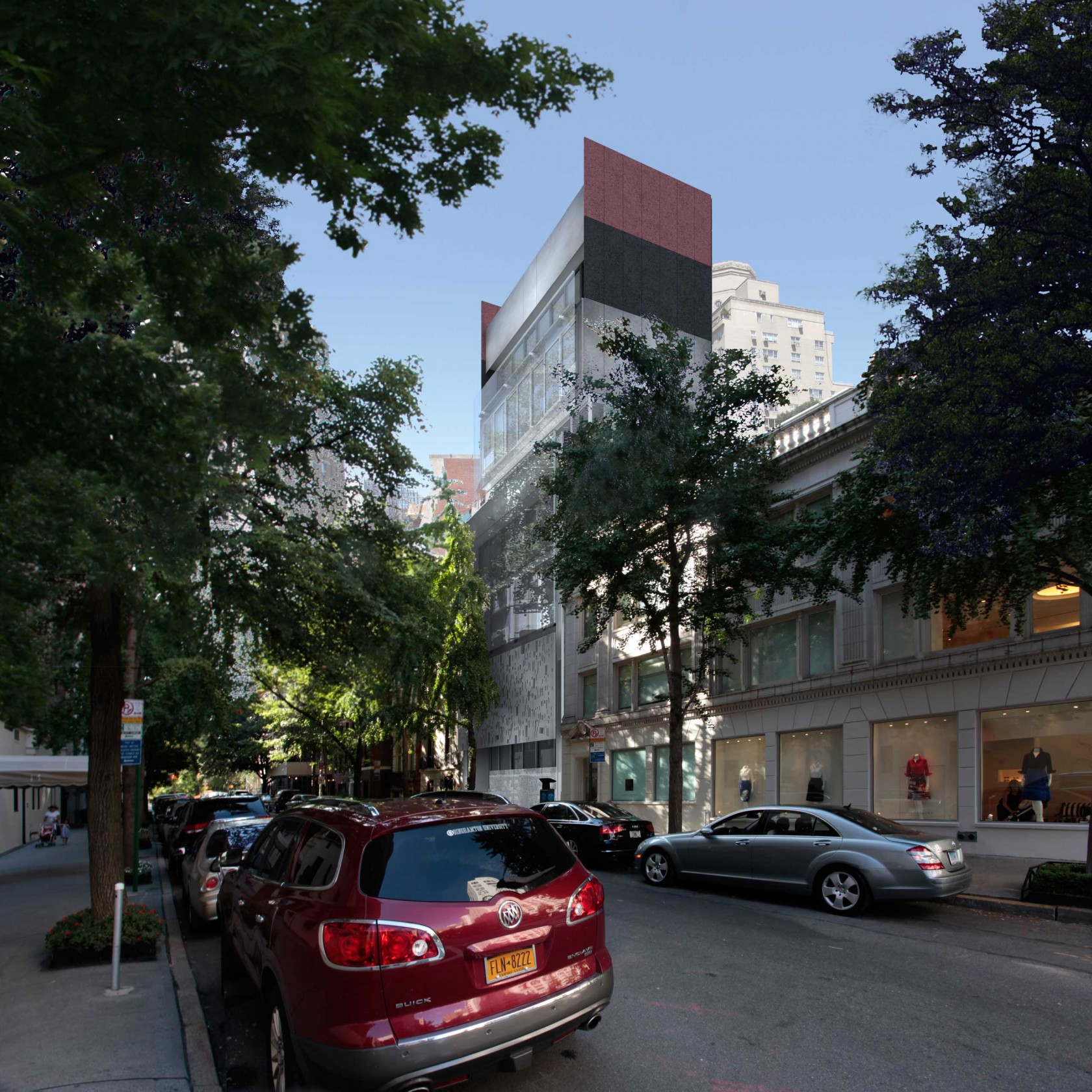